Famous for iconic architecture, excellent food and pulsing nightlife, Barcelona is a vibrant seaside city packed with excitement.
La Rambla is the city’s beating heart, filled with restaurants, shops and entertainers. Head through La Rambla to the must-see medieval Gothic Quarter, which brims with beautiful churches, narrow streets and grand, palm-tree filled plazas.
No visit to Barcelona would be complete without visiting Gaudi’s famous La Sagrada Familia Basilica. The masterpiece has been under construction since 1882 and is not expected to be completed until 2041.
Airport: The Barcelona–El Prat Airport is 8 miles from the city center. 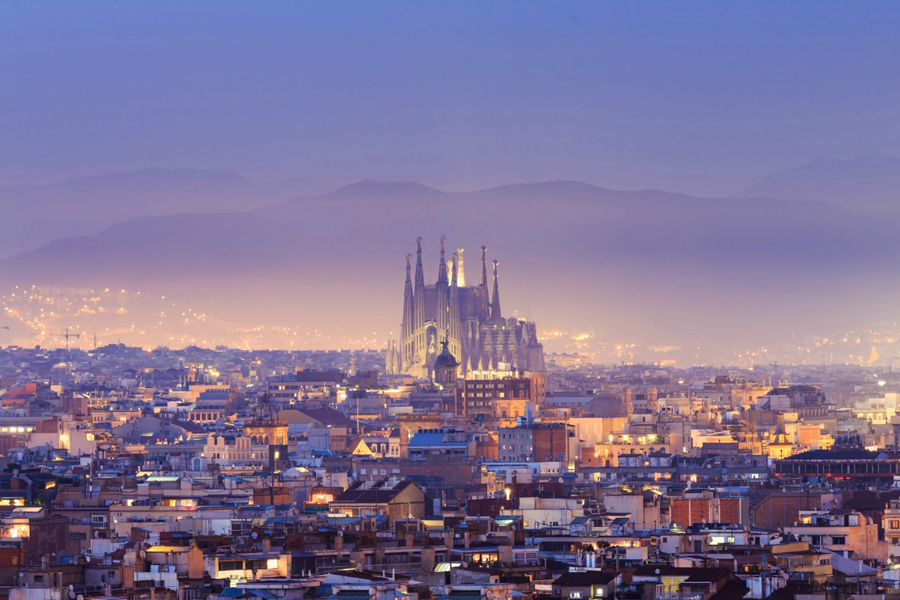 Valencia has so much to offer, from fabulous Modernist architecture and elegant art nouveau buildings to great museums and a characterful old quarter. History lovers and culture vultures can head to the UNESCO- listed La Lonja de la Seda (Silk Exchange), the Valencia and Mercado Cathedrals and the Museo de Bellas Artes.
Gourmet cuisine is one of the great pleasures of Valencia, with long lunches and dinners a must. The coastal city is surrounded by fertile, fruit-and-vegetable growing farmlands and is famed for its rice dishes like paella; but its dining and nightlife scene offers plenty more.
Airport: Valencia’s Manises Airport is 5 miles from the city center. 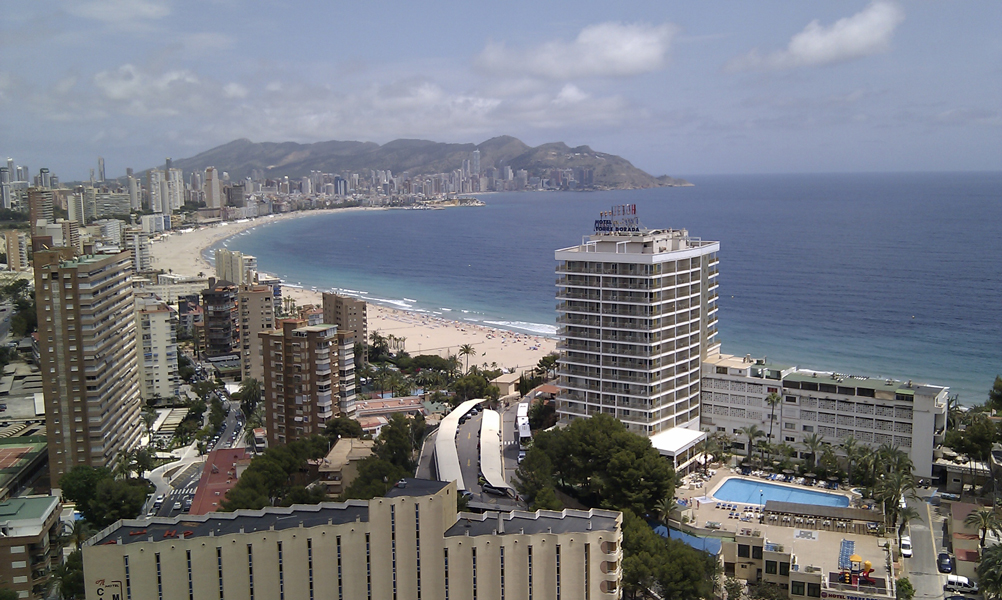 The sultry city of Seville is known as the frying pan of Spain, but a cool city vibe, Moorish architecture and ancient streets make it a perfect city to explore over a few days.
The capital of Andalusia is famous for its flamenco, tapas bars and orange trees – the fragrance of which hangs in the air.
To further indulge the senses there’s the excellent Cathedral of Saint Mary, Plaza de Espana, the Alcázar palace as well as the Jewish Quarter of Santa Cruz, a beautifully preserved Jewish District.
Airport: Seville International Airport is 7 miles from the city center. 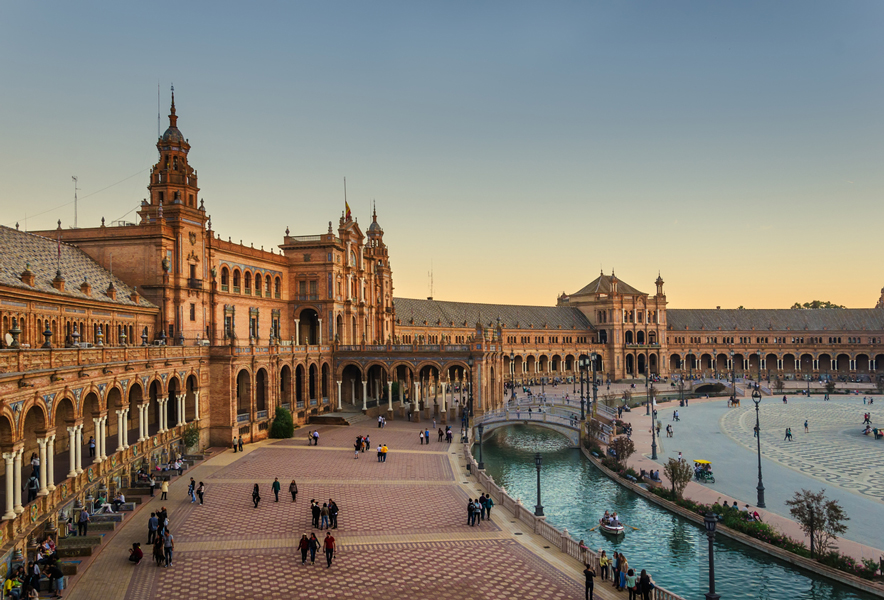 Salamanca is considered to be one of the most beautiful cities in Spain with an old town listed as a UNESCO World Heritage Site and an exceptional Plaza Mayor regarded as one of the country’s most elegant city squares. The Plaza is illuminated at night, making it one of the city’s more unforgettable highlights.
Salamanca has a huge student population that keeps the city buzzing with a youthful energy. The renowned university, which is thought to be the third oldest in Europe, was founded in 1218 and is well worth a visit. It is one of the many architectural wonders built from local sandstone which over the years have acquired a soft glow, giving rise to Salamanca’s moniker: the ‘Golden City’.
For one of the city’s most iconic views, head to the Patio Chico, where you can see both the old and new cathedrals of Salamanca.
Airport: Valladolid Airport is 78 miles to the city centre. 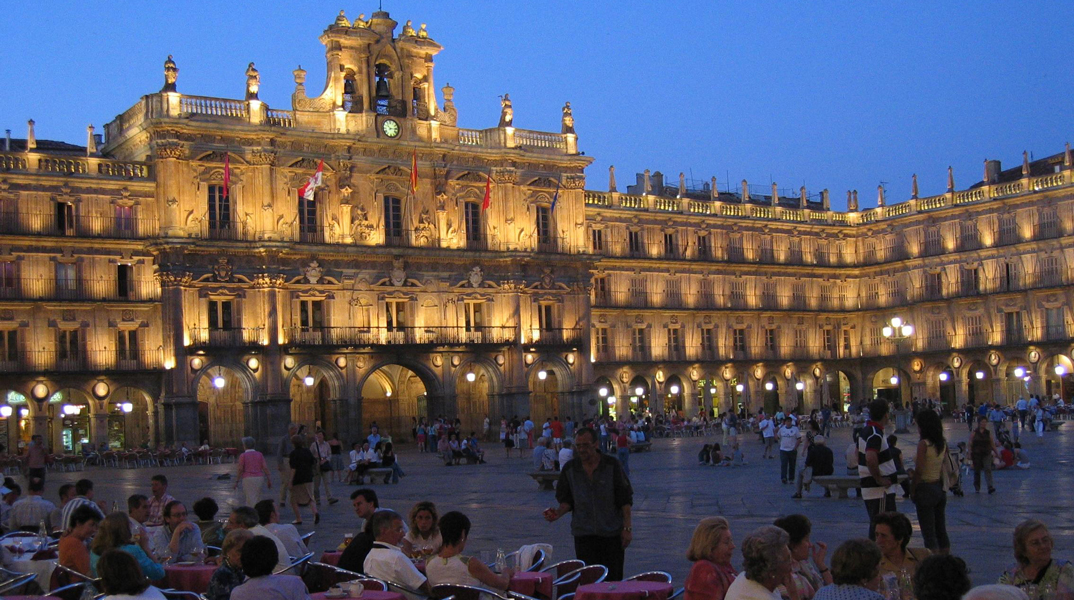 Dramatic Toledo is a diverse and compelling city, home to some of Spain’s finest monuments. It was known as the ‘city of three cultures’ in the Middle Ages when Muslim, Christian and Jewish communities lived peacefully together for centuries behind its impressive city walls.
The result of this rich multicultural heritage is a treasure chest of an old town full of churches, palaces, fortresses, mosques and synagogues, earning it the reputation of an open air museum and a UNESCO Heritage Site award in 1986.
Surrounded by the River Tajo on three sides, Toledo sits atop a gorge and is small enough to explore on foot, although one of the best ways to discover the city is to wander aimlessly around the city’s medieval streets while seeking out the works of famous artist, El Greco.
Airport: Barajas Airport in Madrid is 48 miles away and well connected by Spain’s high speed trains. 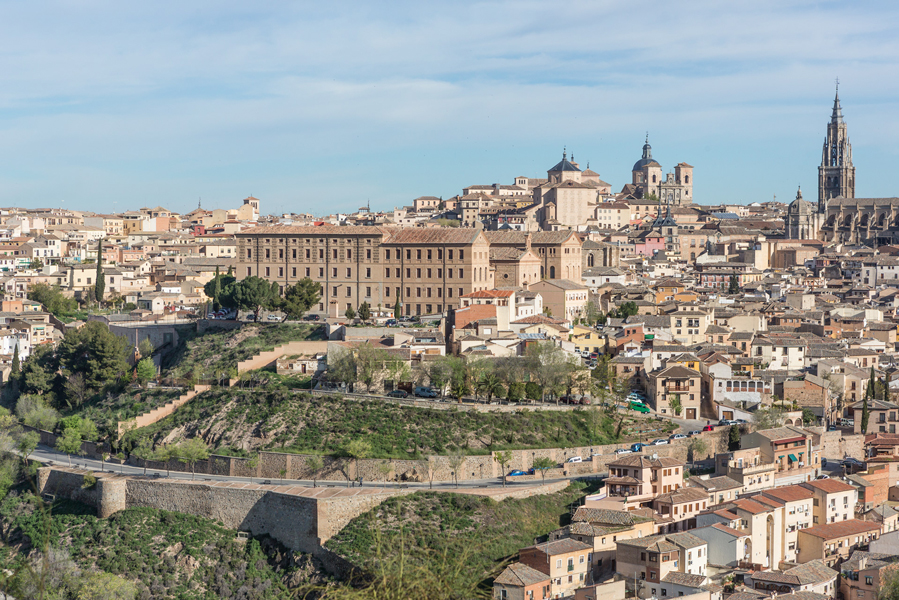 San Sebastian is one of Spain’s more trendy destinations attracting film buffs, beach-lovers, jazz fans and foodies alike.
The city, which lies in northern Spain’s Basque region is a cultural heavyweight, hosting internationally-acclaimed film and jazz festivals including the Heineken Jazzaldia, which brings some of the jazz’s biggest stars to one of Europe’s oldest jazz festivals.
For anyone who likes to indulge in sumptuous dining experiences while holidaying, San Sebastian is arguably Europe’s premier food destination and frequently comes out top on lists of the world’s best places to eat. Michelin-starred restaurants abound and for more humble flavours, make sure you try its famous tapas
For one of the best city beaches in Europe, head to the laid-back Playa de la Concha, while Playa de Gros is a livelier option and great for surfers.
Airport: Biarritz Airport (France) is 29 miles from the city center. 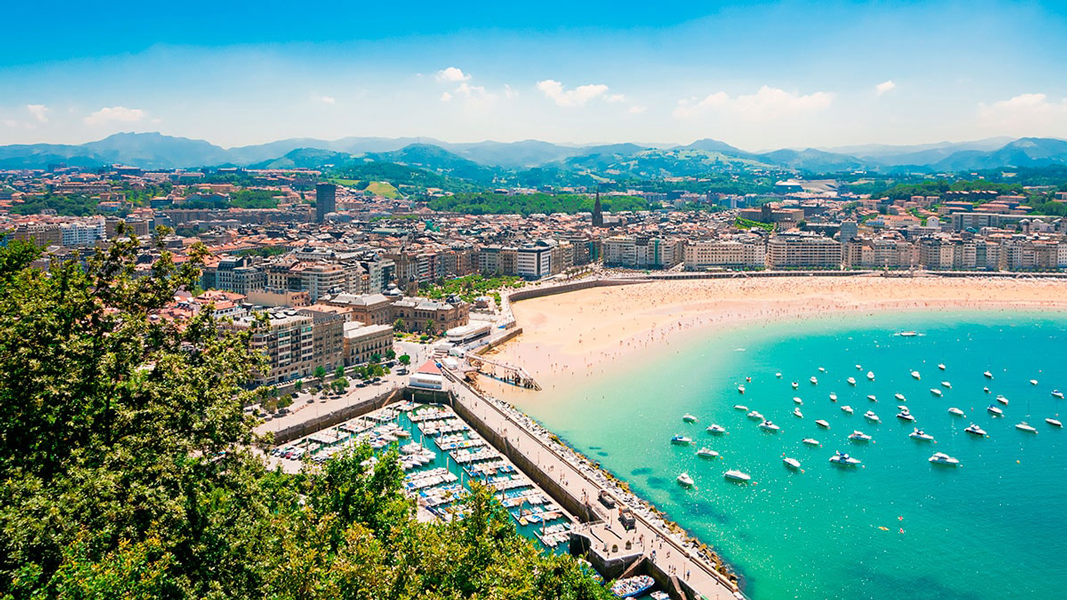